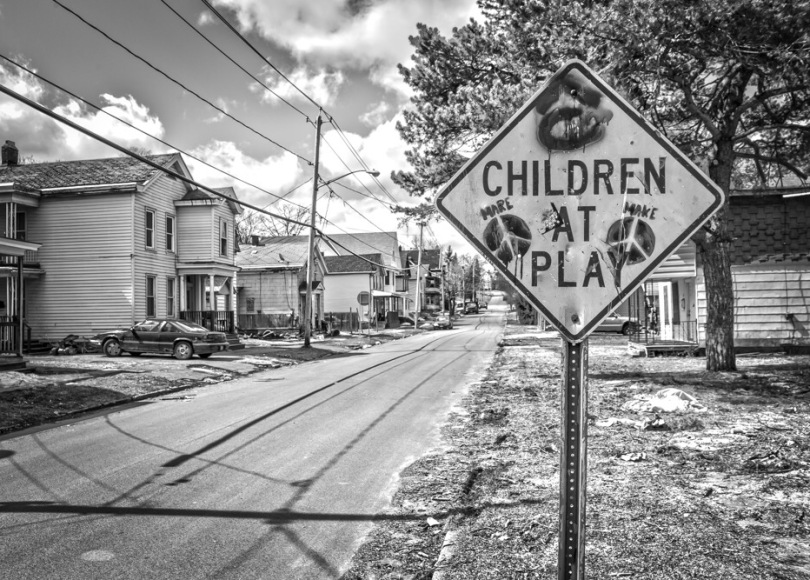 For some time now, I’ve been pleading with the cities I’ve visited to do one very very simple but vital thing when building upon the momentum of their urban revival.  This understated and horrifyingly overlooked component to a strong city, not just for today but for the future, is livability.  Urban experts, people who don’t just understand the dynamics of urban planning but also the sociology of American populations, have shouted from the rooftops that the trend toward a re-urbanization of America will become a passing fad if cities don’t acknowledge that people will, eventually, need a comfortable place to live.

Last week a New York Times piece gave rise to the question of whether the re-imagination of our urban Mecca’s has reached it’s peak, and is now on the downward slide back to the warm comforts of suburbia.

The article cites a micro-spike in urban crime rates in many larger cities, as well as ballooning downtown housing costs as key components to the backswing of the proverbial pendulum toward suburban living after a decade of strong urban growth.  But the depths of this rather sharp reversal likely have more basic components.

In the smaller cities I’ve cataloged, one of the most striking initial observations I made were the ones involving grassroots, individual and small group efforts to improve the socioeconomic landscape, as well as change the perceptions of their once-vacant downtowns.  Virtually all of these efforts have since been “augmented” by large scale investments in vibrancy, entertainment and tourism.  The thrust is always the same: more jobs, more money from the outside coming into the community and more fun things to do downtown.

While every city needs a certain amount of the above, these are NOT the community components that keep people living in a certain area.  They are additives that support the age-old perception that the exclusive purpose of a city is a place to eat, drink and have fun… a model we have already seen does not work on its own.  The hopes and dreams of those who know best backed the idea that our cities might do it differently this time by addressing issues of livability, comfort, and all the aspects that so many cities seem to lack… the feeling of being “home.”  But recent trends are beginning to suggest that many cities, especially larger urban areas, are falling short.

It’s All In The Family

OK, I’m going to get personal.  I’m getting married next year, at age 37.  My fiance and I are part of the generation that has made the shift back to our downtown areas, and we will continue to live in Rochester.  One key thing to note… we will likely not be having children.

Our friends?  Well, that’s a different story.  Every year, more and more of our friends, even the ones who lived in the city and married late, are choosing to move to the suburbs for the promises of better schools and more space.  Like I tell them, I can’t blame them… my home city of Rochester has not yet begun to scratch the surface of making downtown a better place for families.  Despite our best efforts, we are still a very long way from breaking the never-ending cycle of sprawl toward the suburbs, in large part because so many people still believe that when it’s time to settle down, “it’s just what you do.”

The fact is, our cities have had a real chance to turn a growing population into a sustainable one, only to make a familiar mistake of building a place that people want to “visit” instead of “live.”  I would venture a guess that if residents in a bulging suburban town asked for amenities like greenspace, walkability, safer streets, new little league fields and better schools and instead were subject to talks of entertainment venues, casinos, shopping centers and outlandishly expensive housing, the population would quickly see a drastic decline in residents.

My generation and younger roll our eyes when older generations tell us to “grow up.”  In fact, we really have grown up just fine, but to  this point we’ve simply wanted different things rather than the traditional white picket fence lifestyle.  Until now.  Even the most hearty urban advocates are no match for the wonderful power of marriage and family.  These are lasting human values that will likely always come first, and as more and more people tell me “we would love to stay in the city, but we just want more space and better schools,” the failure rests solely on cities for not giving new families the option to do both.

If you build it, they will come… but if you don’t build what they need long term, they will go just as quickly when their lives and needs inevitably change.  In the end, developer money is driving our downtowns, and there’s just not a lot of money in the hope that someday our cities might be family friendly once again.

The New York Times article somehow fails to mention the likely dagger in the heart of urban growth.  The biggest contributor to current suburban sprawl is likely that unemployment is low and the economy is in much better shape than it was 8-10 years ago.  The practical reasons for young people beginning their careers to live closer to urban areas (tech/startup job opportunities, utilizing public transit, etc.) in an effort to save money are not as relevant as they were a decade ago.  Gas prices have been amazingly low for a very long time.  This, paired with rising vehicular fuel efficiency makes it more practical and affordable for suburban sprawl than before.  Furthermore, people are more likely to make long-term life decisions (having a family, buying a house) when they are financially stable.  A generation of young professionals who entered the workforce with tremendous debt and a sagging economy is beginning to pay off those loans while simultaneously benefiting from a generally stronger economic environment.  Millennials are rising from the choppy water and are looking to more typical future goals such as raising a family and buying a house, decisions they were not financially able to make a decade ago.

A Question of Priority

Many more young people are choosing city living than in the past.  The rules and ideas of marriage, family structure, lifestyle and values are shifting, though we’re not always sure where.  The sudden trend back toward suburban growth likely has little to do with any other component than the fact that, for young people, it’s once again financially possible.  While many have made the conscious decision to embrace city living, it appears another segment of new city residents a decade ago made the choice, quite simply, by default, or at least temporarily.  That segment is now approaching middle age, making more money and starting families.  For these residents, cities across this country are, in effect, saying “nice knowing ya” instead of adapting to the transitioning needs of their populations.

It sounds so simple.  If we are to maintain our urban populations, we must… wait for it… cater to our urban populations and their changing needs.  We cannot continue to expect the next wave of young, unmarried, temporary residents and suburban populations looking for a “fun night out” to fuel our future.  The urban revival is far from dead, but it will be if cities and developers don’t swiftly and fiercely begin to address the biggest issue our urban centers continue to face.  The revolving door, the sad stereotype and the never-ending fad that is city living will continue to be just that if we don’t begin to build around livability and the changing needs of our residents. 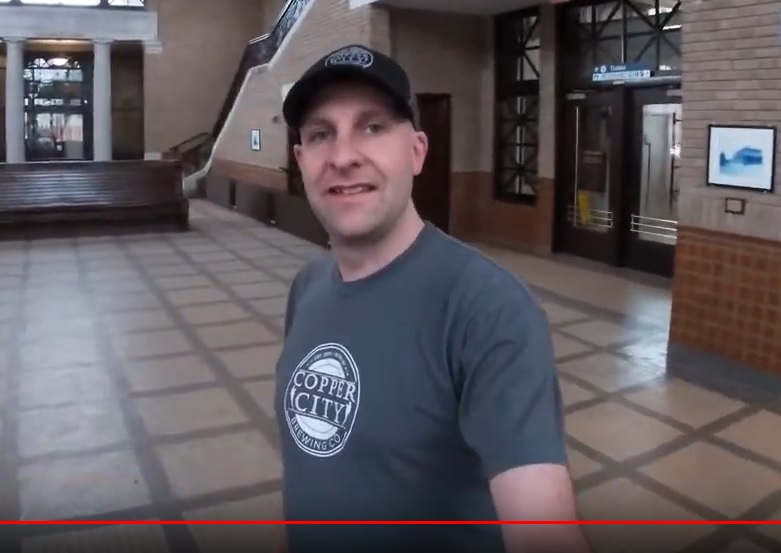 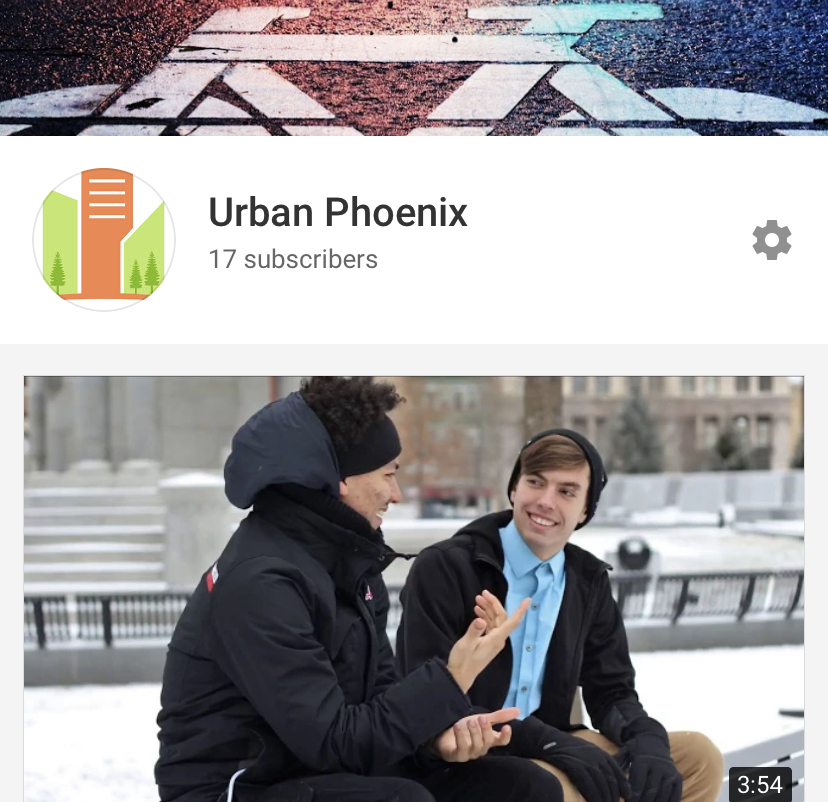